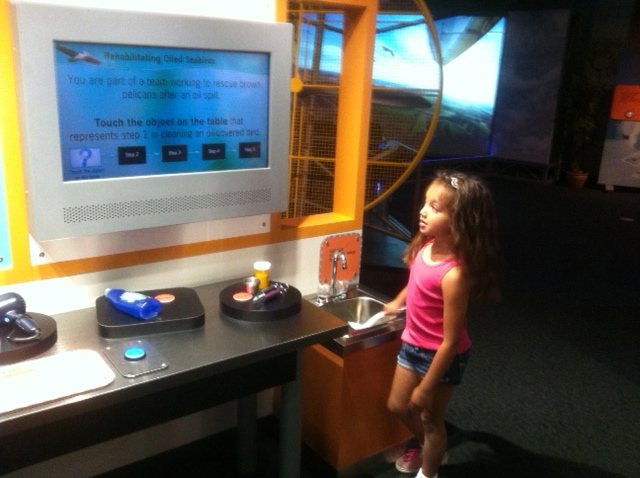 Our Dad Blogger and Contributor Robert had the opportunity to experience a special peek at the Discovery Science Center’s newest exhibit, Wildlife Rescue and shares all about it. 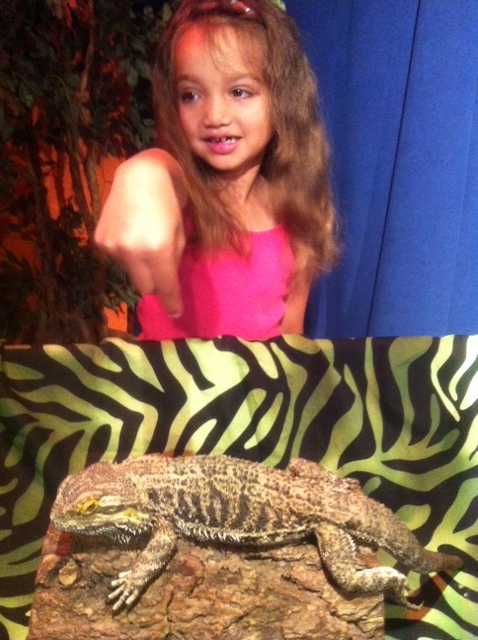 Robert stayed about ten feet away from this lizard, but Ava wanted to get up close

If its an animal and it crawls, slithers, hops, or just looks cute, chances are that they are being featured currently at the Discovery Science Center in Santa Ana.

Most children have an innate curiosity and love for animals, and my 5 year old daughter is no different.  What makes the current exhibit, “Wildlife Rescue” so much fun for kids is that they get to hold and pet live animals in an interactive setting.  With many hands on booths  set up throughout the facility, there was  plenty to do and see as we learned about efforts to sustain the animal kingdom in modern society.  We learned that several species of animals are presently endangered, but with focused recovery efforts we can create an environment where these animals can prosper.  During our visit to “Wildlife Rescue” it was interesting to learn about different methods being used to help animals by lessening the threats to their survival. 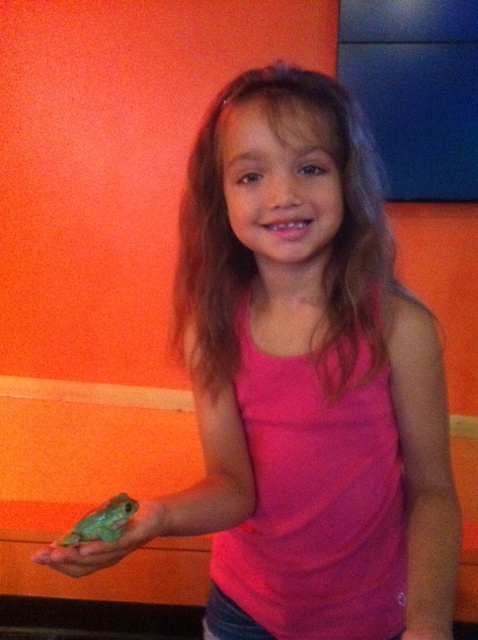 Ava and her favorite frog

As an added bonus, with any ticket purchased to the Discovery Science Center between now and September 3rd you will receive a FREE ticket to the Santa Ana Zoo and the OC Zoo.

Wildlife Rescue exhibit will be on display until September 3rd. You don’t want to miss it!

Disclosure: This is not a compensated post. Complimentary tickets were provided to aid in the review of the exhibit.