As a kick-off to the annual CHOC Walk in the Park on October 14, Downtown Disney recently held another fun fundraising event benefiting CHOC Children’s: Taste of Downtown Disney. This is the 7th year the event has been held and continues increasing in popularity each year, with several ticket levels selling out early. This event offered guests the opportunity to try foods from many of the restaurants located at the Downtown Disney district. 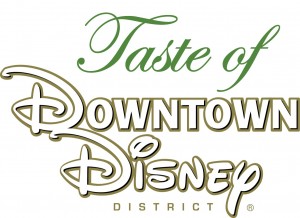 Food and drink specialties were offered from each of the major restaurants around Downtown Disney. Those attending were put into five different groups who would then rotate through each area every 15 minutes.  You had to eat and drink fast, but it was worth it as you eagerly look forward to the next station.  Some of my personal favorites included homemade guacamole and tortilla chips from Tortilla Joe’s and the lamb burger sliders from the Uva Bar. Yummy stuff!

And a special presentation by Art Attack!

Each of the pieces of work created during the Art Attack! presentations were auctioned off for CHOC later in the night while we sipped on Jamba Juice.  The event was well timed and we were all able to watch the firework show as the went off right over our heads. It was a magical way to end the night.

For 2014, the CHOC Walk in the Park will be held on October 12th. The CHOC Walk covers three miles through Disneyland Park and Disney California Adventure Park where “CHOC Walkers” get a special peek behind the magic before the parks open to the general public. At the end of the 5K walk, the event continues in the resort’s Downtown Disney District where event sponsors, hospital support groups, shops and restaurants have special offers for Walk participants.
In order to help CHOC reach its goal of providing quality healthcare to the region’s two million children, each CHOC Walker must raise a minimum of $50 to participate in the Walk. Everyone can register at www.chocwalk.org and receive up-to-date event information at CHOC Foundation on Facebook and Twitter.
You can join our team! Here is the direct link for Team Daytrippingmom. We’d love to have dozens of our readers participate and be part of the team.  It’s a minimum of $50 to walk and it’s all for a good cause. Participants get a t-shirt and wrist band.  There are prize levels for higher dollar amounts raised, as well as awards for teams. Let’s do this!