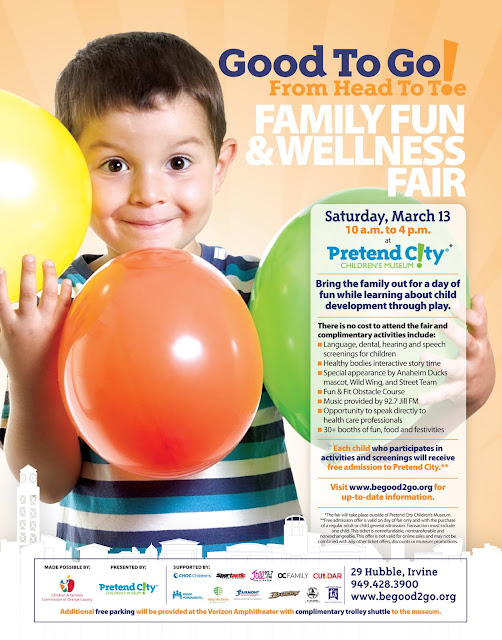 My family loves Pretend City. We have a membership and try to head there at least once a week. One of the things that I love about Pretend City is their focus on children and their Good To Good from Head to Toe Initiative.

Good To Go From Head To Toe is an initiative designed to educate the community and parents about the importance of having children (birth through 5-years-old) receive regular developmental check-ups as part of their routine, well-child visits.

As part of their Good To Go from Head to Toe Initiative, Pretend City holds monthly Way to Play days on the second Friday of each month to  learn more about child growth and development while interacting with your child in a variety of fun activities.

Each Way to Play day will highlight a particular developmental skill, like communication, and offer community specialists on-site for support. Way to Play day activities and special giveaways are included the the price of museum admission.  If you print the coupon/flier below you will be able to do receive Two for one admission on Way to Play days. 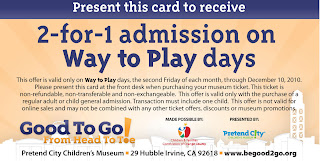 On March 13th Pretend City will be hosting a FREE  Good To Go From Head to Toe Wellness Fair from 10 am to 4pm. You will learn all about your child’s development and there will be free language, health, dental, hearing and speech screenings for the kiddos. The best part is if your kiddos participate in the activities and screenings they will receive FREE admission to the museum that day. It’s a fantastic event and how can you beat Free?
I hope you can all make it. I plan on taking the kiddos over to the fair to participate in all of the activities. I hope to see you there!
To learn more about the Good to Go From Head to Toe initiative head here and to learn more about Pretend City head here.

I have had quite a few people email me about locales/ideas for birthday parties in Southern California. I plan to do a couple of posts during the next month featuring my birthday party experiences, fellow bloggers and readers experiences with different and unique venues.

I wanted to start off the series with my son’s 3rd birthday a couple of weeks ago. My son’s birthday is two days after Christmas and because of this he really hasn’t had a traditional birthday. This year I decided to move his party to the first weekend in January and to have his birthday at one of his favorite places, Pretend City. 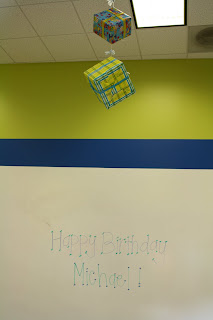 My son’s party at Pretend City was a huge success. It was fun and I really did not have to do much. I was running late and only had 15 minutes to set up. This wasn’t much of a problem because there were two hosts to help me out. They were amazing! First off they have a cart that you can carry to your car to bring the supplies. They helped me unload, set up the tables, food, decorations and they even helped frost my cupcakes. They also cleaned up! The hosts were EXTREMELY helpful and relieved much of the stress. 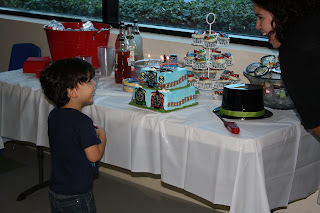 The best part is that I did not have to worry about goodie bags. Every child that attends the party receives a return pass! I also had a Do it yourself candy bar that was a huge hit! I  set up clear jars with Taffy, kisses, licorice, and blow pops. I bought scoops  at Wal Mart for $3 and clear bags with ties for a $1. 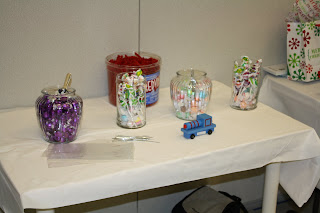 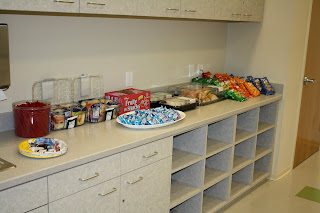 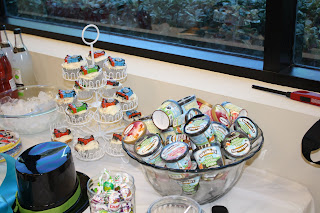 The price for a birthday party is  $346 for Members and  $385 for Non-Members. I am a member of Pretend City and received the discount. Pretend City offers a discount of $50 for Birthday Parties held between Tuesday through Friday. For additional info head here.

Birthday parties can be expensive and I’m going to try to feature parties for every price range. Stay tuned for additional locales and for some fun giveaways! 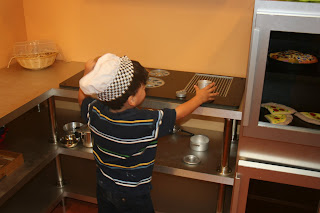 I had the opportunity to preview Pretend City Children’s Museum in Irvine a couple of weeks before it officialy opened their doors. I was very impressed and could not wait to take my children. Things have been busy around our home and we finally were  able to make that visit  with the fabulous Kara-Noel from Eli’s Lids  and her two very cute kiddos last week. If you have kiddos that are 2-7, this is the place for your family. Your little ones will love it! My son has sensory processing disorder and requires occupational therapy to deal with his wiggles and sensory seeking behavior. This place was perfect for him! I think I almost cried watching my son be entertained for 3 full hours with no meltdowns. This was a huge milestone for us!  If any of you have children in the Autism Spectrum, I definitely recommend Pretend City. 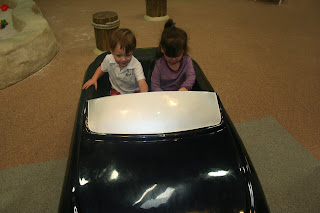 My 4 year old daughter was in wonderland. She loved being able to have a “job”, make money, and live/work/play in Pretend City. She could have spent hours playing in the farm(where the kids can play with real fruit/vegetables) or  at the grocery store. I love that the kiddos can imagine and play with everything from water tables to picking up balls . There is also an arts and craft room when they are ready to unwind a bit and  participate in a quieter activity. The best part is that the craft/art projects are offered everyday and at no extra charge. 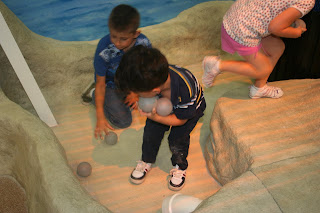 It’s a perfect place to spend half the day. Bring your lunch and enjoy watching your kiddos have the time of their lives. There are tables and even microwaves to heat up your lunch. We visited on a Wednesday afternoon and it was a perfect time. It was not too crowded and the kiddos were able to play with everything they wanted. I talked to some of the employees and they said weekday mornings or early afternoon are the best time to head out and play. They also mentioned that weekends are extremely busy, so plan accordingly. 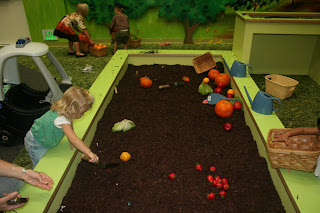 We loved Pretend City so much that we bought a membership. It was a little pricey ($200) BUT watching my kiddos have such a fun time and my son emerge calm and happy after his play session was priceless!  I also loved that members are able to enter the museum an hour  before the general public. To learn more head here. 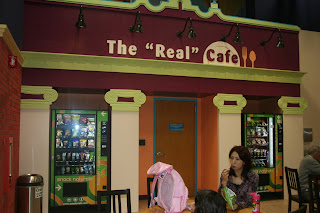 You can receive $2 off admission from now until November 30th if you bring canned food items and will benefit the Families Forward foundation. 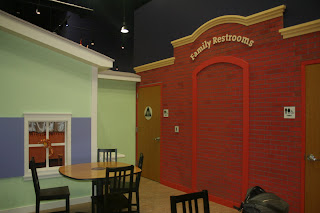