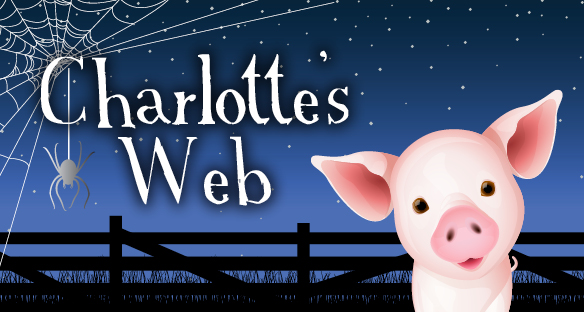 We love sharing about Children’s’/Youth Theater. My daughter read Charlotte’s Web last year and we’ve wanted to watch a live show. I was looking around and found that The South Coast Repertory is performing Charlotte’s Web, live on stage.

This children’s classic story is brought to life on stage weekends during the month of November. The show will play Friday-Sunday from November 7th to November 23rd. There are shows at 11 am, 2 pm, 4:30 pm, and 7:ooo pm.

I love this show and I can’t wait to take the kiddos. You can purchase tickets online or at the box office. For additional information head here.

My family loves the Segerstrom Center for the Arts and we usually watch a few shows as a family per year. I love introducing my kiddos to the performing arts. One of their first exposures to the theater was through the Family Series at the Samueli Theater. I took my then almost four and five year old to their first play, Stellaluna.

The Discovery Series, designed for kiddos ages 4 to 8, and features five shows. The Explorer Series is for older kiddos and features two shows. It is geared for children age 7 and older. All shows feature pre-show interactive activities in the lobby of Samueli Theater.

“Parallel Exit creates moments of simple magic for audiences of all ages. They blend theatre, dance, and music into works of physical theatre that transcend age, language, and cultural barriers. Exit, Stage Left brings the joy, laughter and technical wizardry of Vaudeville to life once again. This break-neck show will have audiences of all ages rolling in the aisles”

Some of the future shows include Treasured Stories(A Brown Bear, A Caterpillar And A Moon), Sleeping Beauty, Recess Monkey and 500 Clown Trapped.

For additional info about the Discovery Family Series or to purchase tickets head here.

If you are looking for something fun that the kiddos will love and also won’t cost much, you must check out Big!World! Fun! Family Series at the Ford Theater.

The Big!World!Fun! family series  will be held every Saturday morning in the summer. It is an  hour-long music, dance and theatre performance for children ages 4 to 12 and families. Includes pre-show kid friendly activities and post-show meet-&-greet with the performers. The best part is that the kiddos are FREE of charge and adult tickets are only $5.00

The shows start at 10 am and from what I hear are super fun and the kiddos love every minute of it!

To learn more about the last 4 shows and about the Ford Theater head here.