Daytripping Dad, Mike, had the chance to sit down with Billy Crystal and John Goodman to talk about the exciting 3D follow up to Monsters Inc., Monsters University! He also gives his review of the new movie.

Back in May, Billy Crystal and John Goodman took a break from their busy schedules to talk about Pixar’s latest creation.  Both Crystal and Goodman were excited to revisit their characters once again. Billy Crystal said more than once, that this is his favorite character that he’s ever created. They each had the challenge of finding a way vocally to portray a younger version of Mike and Sully, since the new film takes place in the college days and explores how the two came to know each other. 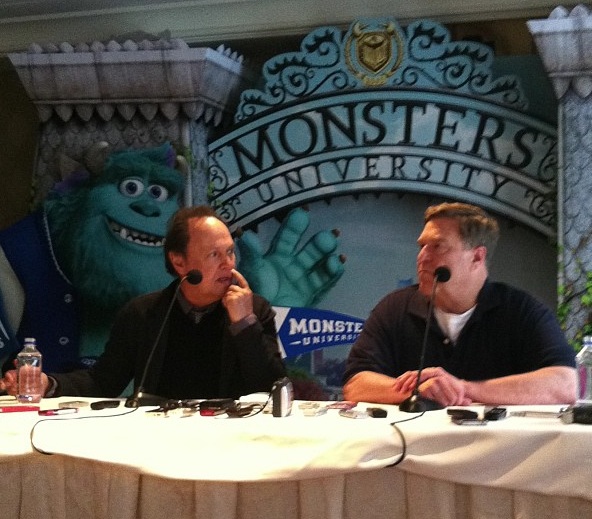 If you loved the first film, you will be delighted with this film.  It has been 12 years since Monsters Inc. was first released, but thanks to DVDs, Disney Channel and the release of Monsters Inc. in 3D, children born after the initial film are likely to be very familiar with these characters. Superhero movies with origin stories are quite popular nowadays, so it’s only fitting that we get one about Mike and Sully. 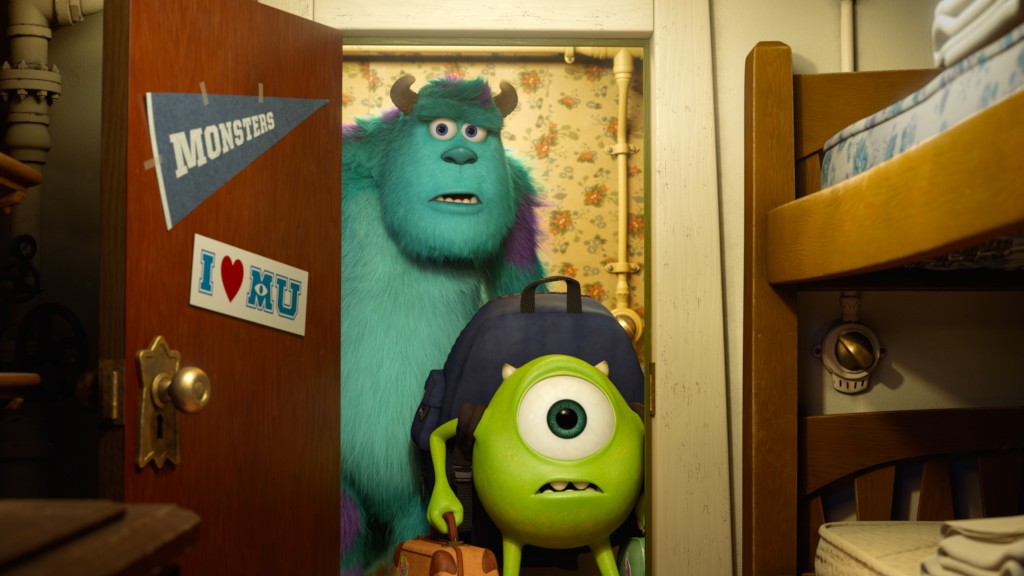 In this film we learn that Mike’s obsession with working at the Scare Factory stems from a childhood field trip, while Sully, it turns out, comes from a long line of scare monsters. Their friendship was not love a first sight and watching how their relationship develops is the center of this new film.  There is a plethora of new friends to meet in the film, many of them are part of Oozma Kappa, the fraternity that Mike and Sully join.

The message in the new movie is wonderful. Mike is a very determined little monster. He works hard and achieves whatever he puts his mind (and eye) into doing. The monsters around him are also inspired by his determination and motivation.  We learn that the best things in life are those which have to be fought for. I would have never expected that Mike Wazowski would be such a great role model. 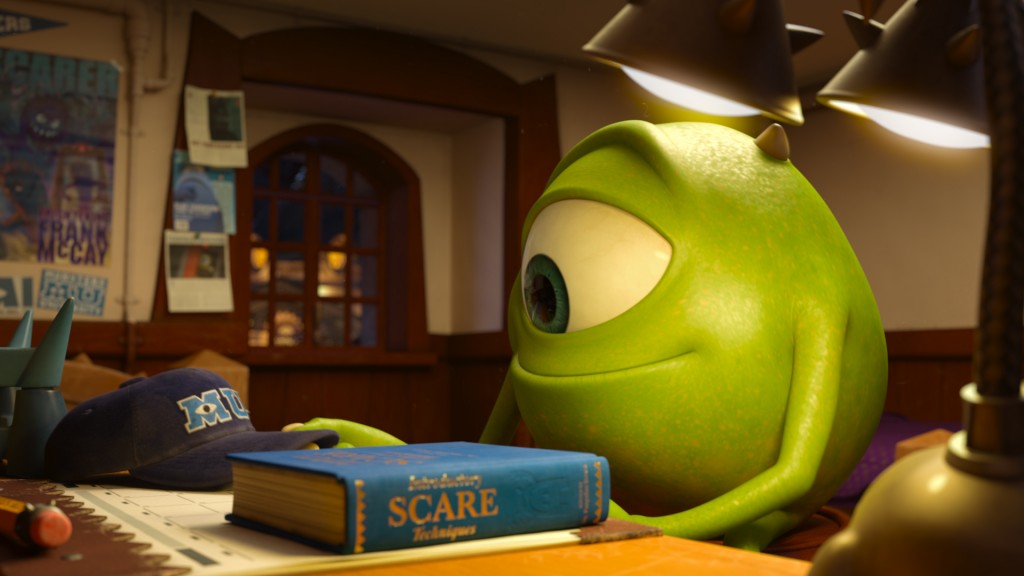 Technically, this new Pixar film is incredible. The details are so impressive. You’ll recall that when the first film came out, Sully’s fur was the huge achievement. Well in this film, the lighting, the scenery and the fine details are the huge achievement. I found myself fixated on the realistic texture of the plastered walls inside the fraternity house. It’s easy to forget that this was all done with computers!

Make sure you arrive on-time for the movie. Pixar has also attached their newest short, “The Blue Umbrella,” which is surely going to win the Academy Award next year for best animated short. This film also shows just how far Pixar has come with their realistic animation. I don’t want to give anything away, you just have to see this gem!

Monsters University opens June 21st and will be in 3D. It is appropriate for all ages and there was nothing too scary for younger kids, other than the competition when they compete against each other for who can scare human children the best. If your kids are ok with the first film, they will be just fine with Monsters University.

Visit disney.go.com/monsters-university for free downloads, games and to pre-order your movie tickets.

*This is not a sponsored post. Disney invited us to a screening of the movie for purposes of this review.