My family and I are members of the San Diego Zoo and absolutely love heading down to visit, whenever we have the opportunity. My kiddos are obsessed with all of the animals but they definitely have a soft spot for the panda exhibit, in part due to one of their favorite shows, Ni Hao Kai-Lan. Maribel, had the opportunity to check out the new Panda Trek at The San Diego Zoo and shares all about her experience. 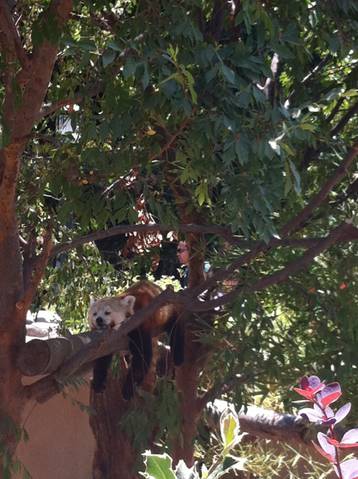 Two weeks ago the news we have been waiting all summer to hear finally was announced:  Phase I of the Panda Trek Exhibit  at the San Diego Zoo was open and ready to allow guests to view the hard work and team effort that was put into the design and construction (that was carried out by the team of experts from house and land packages sydney). We had the  opportunity to be there a few days ago and let me tell you my 20 month old enjoyed it as much as I did. It was everything the San Diego Zoo had planned and more! Panda Trek is located in Panda Canyon next to the Giant Pandas Exhibit.

As you enter Panda Trek,you walk through a stone path and are greeted by staff to take pictures holding you guessed it! Pandas. There is also an exhibit hut that has equipment used to track pandas such as radio, collars, boots and books. Not only are the giant black and white animals  on display at this new exhibit, but you will also find the Red Panda, Takins and Vipers. 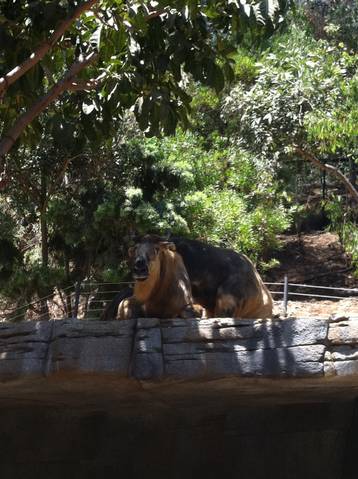 First on Panda Trek is the Red Panda which is native to the Eastern Himalayas and Southwestern China, it loves to be in trees and surprisingly eats not only bamboo but also birds, eggs, insects and small mammals. The little guy was taking a midday nap when we arrived and we first had a little bit of a hard time finding him as we thought he would be roaming around his new home but  he was nestled between the tree branches. As you keep walking you will find  the Takins. They are interesting to observe and also to photograph. They are not camera shy at all!

Across from the Takin exhibit is the Mang Mountain Pit Viper, although at the moment is still not in its new home. We were able to read about them and see a picture. The exhibit looks ready to welcome this viper and it should happen in the next couple of days. When it makes its way to the  exhibit make sure to  take the time to visit, because this venomous viper is rarely seen in its habitat or in zoos! This is quite the treat!

One of my favorites features of the exhibit is walking along the path that will lead you to the Giant Pandas. As you make your way,  you will be able to see different kinds of bamboos and feel as if you were just in China! The San Diego Zoo team designed a fabulous exhibit that allows you to travel across the globe to a Chinese forest without ever leaving the Zoo.

The giant black and white Pandas are the end to this Trek and it is always fascinating to observe these  endangered and magnificent animals in action. We were in for quite the treat. We usually catch the Pandas napping but on this visit, they were roaming, climbing trees and romping in the water.

Panda Trek is truly a must see!

Maribel is a mother of two, that is always looking for an adventure. To read more about her fun outings head over here.

The show is part action adventure and part rock concert. Kiddos will dance  to the soundtrack of hit songs from the animated series, including “Gitchee Gitchee Goo,” “Squirrels in My Pants,” “Backyard Beach,” “Busted,” “Today is Gonna Be a Great Day,” and “Summer Belongs to You.” 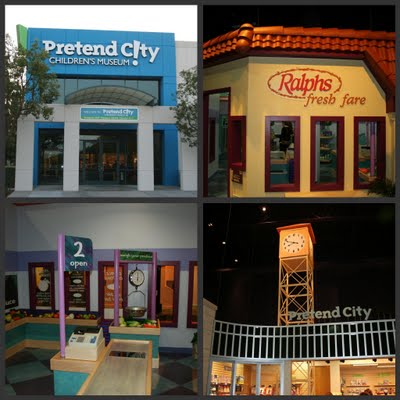 Pretend City has a birthday this week!

If you have Tuesday open in your calendar and are looking for something to do with the kiddos, you won’t want to miss this. In celebration of their anniversary, Pretend City is opening their doors to the public for FREE all day!  The mayor of Irvine will be present, there will be a cake cutting, and special events geared towards 2 year olds.

Odds are that it will be super busy that day, but if you arrive early or towards the end of the day, you will have a better time. I love heading there in the late afternoon. The crowds definitely thin out in the afternoon. If you’ve wanted to visit and haven’t had the opportunity to do so, you can’t beat FREE!