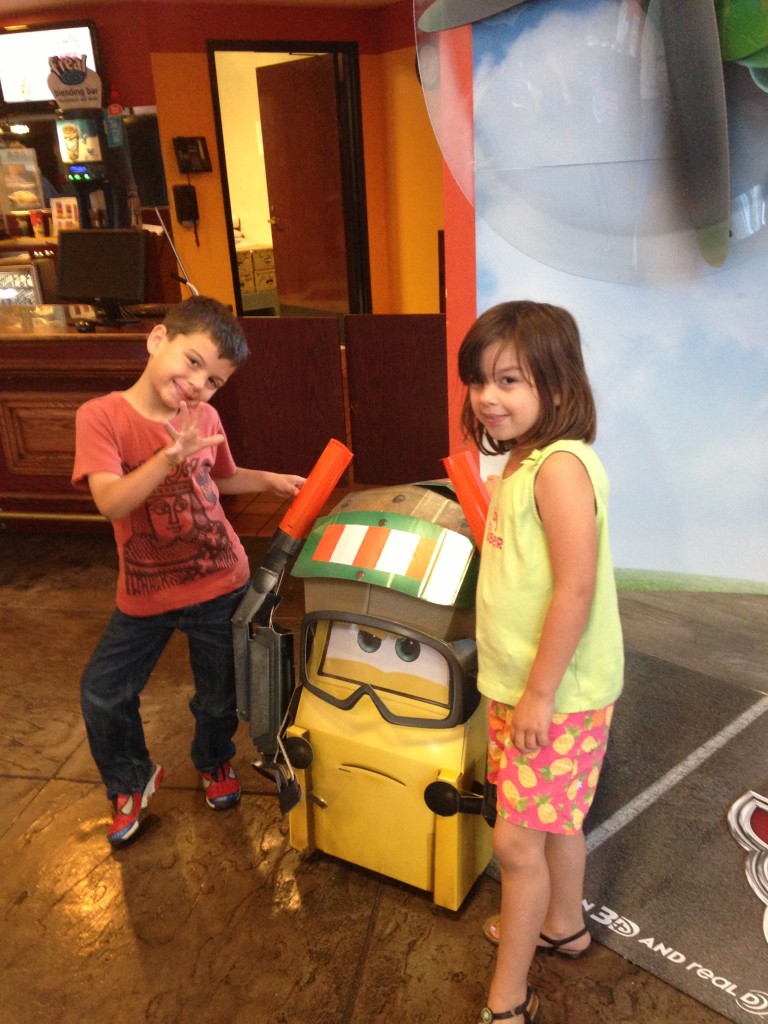 Can you guess what they want to watch next?

We love a night out at the movies. We are trying to watch every family movie that is released this Summer. Maybe I’m late to the game, but I just recently discovered that I love watching the new release films the night before they are officially released. We love being able to watch movies the night before because, the showings are usually less crowded than opening weekend, and the kids love their special night out. I’m not sure it works well during the school year, but it works well during the summer, and I’m sure it will be the same during the holiday season.

The local theaters in our neighborhood usually showcase the movies the night before the official release day either at 7pm, 7:30pm, or 8pm. We’re usually out of there around 9ish. The kids love our new tradition!  I’m not fond of the 3D movies(or the price!) and most of the sneak peek showings are 2D and I don’t have to shell out extra cash. It’s a win-win for our entire family. Try it out and let me know what you think.