There are many people and places these days asking for donations these days and we can feel very conflicted over who is most deserving of our donations.  Orange County is a fabulous place to live because we look out for others.  There is an upcoming event I am excited to share because this is a chance for the community to give back to the organizations that most deserve it.

Did you know the Orange County Community Foundation’s #iheartoc Giving Day that we are sponsoring is Orange County’s first-ever giving day?

OCCF is aiming high with the goal of delivering $2 million to OC nonprofits in a 30-hour period. OCCF is investing $500,000 to establish the bonus pool with a goal of generating an additional $1.5 million in online donations.  Join us from 6 a.m. on April 21 to noon on April 22 and show OC how much you care! #iheartoc 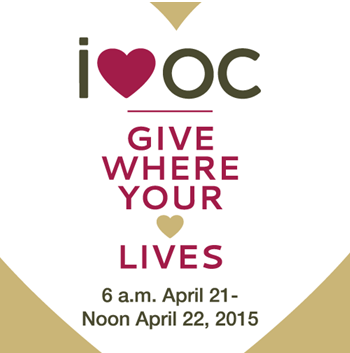 You may be thinking, with so many causes asking you to open your wallet, why should you give on #IHeartOCGiving Day?

• Your gift benefits the cause you choose

As part of this fantastic event to give back to OC non-profits, you can win $150 for your favorite OC charity.  There are so many worthy charities, its hard to choose.  This wonderful giveaway is easy for you to participate, just enter below!

Disclosure: This post has been sponsored to raise awareness of #IHeartOC Giving Day. All opinions are my own.

Taking a game in.

The boys of Summer are back and our family couldn’t be happier! I have lived in Southern California my entire life and grew up a baseball fan, but only recently have I discovered the fun of minor league baseball.  There are several minor league teams in the area that feed the Angels, Dodgers and Padres as well as some other MLB teams.  The team closest to us is the Lake Elsinore Storm. They originally were a feeder team for the Angels but since 2002, they have been the “Single A” feeder team for the San Diego Padres.  The team plays at the Lake Elsinore Diamond, which is a clean, safe and fun place to watch a game as a family. There are no bad seats in the house and no climbing up steep raked bleachers to reach a seat.

We’ve had a blast at Storm Games!

To purchase tickets or to check out the Storm’s schedule head here.

I love sharing outing with the family that won’t cost an arm or a leg. When it involves absolutely no money, it makes me want to run and write a post and share about it ASAP. I shared about this a few years ago and then the tours stopped for a couple of year, but now they’re back for another year.

The Port of Long Beach will be offering hour and a half harbor tours four times a month. The tours will run from April thru September. You have to make a reservation and the tickets fill up quickly so please mark your calendars. April and May tours are filled up, but you can be added to a waiting list or sign up for June and the following months. There are 2 Saturday morning tours on the 1st and 3rd of the month from 10am to 11:30 am. There are also two sunset tours on the 2nd and 4th Tuesdays of the month from 7pm to 8:30pm. 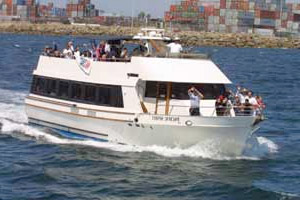 The tours are family friendly and you can even bring your strollers aboard. Complimentary beverages are provided and you are welcome to bring food/snacks for the family. Tickets are only available online. You have to click on the date you wish to go on and refresh that page until the ticket link appears. Tickets are usually gone in 1-2 minutes, so make sure to get there and reserve those tickets!  You can reserve up to 4 seats at a time. An email confirmation will be sent to your inbox. If the tour is full, you can join a waiting list and you will be notified the week of the tour if seating becomes available. Tickets for the following month are available on the first Monday of the month before. Tickets are available at noon on the first Monday of the month.

To receive your tickets and for additional info head here.