This Mother’s Day weekend, at a bookstore near you, Netflix is bringing Anne of Green Gables to life with the special launch of Anne with an E. This reimagined classic is sure to inspire children everywhere. 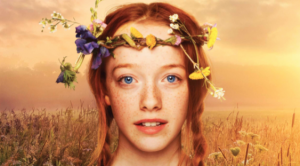 Saturday, May 13, from 2 to 5 p.m. Fans can get an Anne with an “E” gift bag, filled with Anne-inspired gifts and a 3-month complimentary subscription to Netflix (one per customer, while supplies last). There will also be fresh flowers and photo ops, perfect for the day before Mother’s Day at  participating bookstores. SoCal bookstores participating are: Chevalier’s Books, Los Angeles and Deseret Books, San Diego, California.

Anne of Green Gables by Canadian author L. M. Montgomery was first published in 1908. In the book, Anne Shirley—a red-headed, mischievous orphan—is accidentally adopted by the siblings Matthew and Marilla Cuthbert. To date, the book has sold more than 50 million copies and has been translated into at least 36 languages.  In fact, Mark Twain once described Anne Shirley as “the dearest and most lovable child in fiction since the immortal Alice.”

Netflix’s new incarnation of the spirited Anne Shirley will actually be older than her book counterpart when she comes to live with Marilla and Matthew, but not less spunky on the small screen than she was in the novel. Check out the preview below:

*sponsored post as a member of the Netflix Stream Team