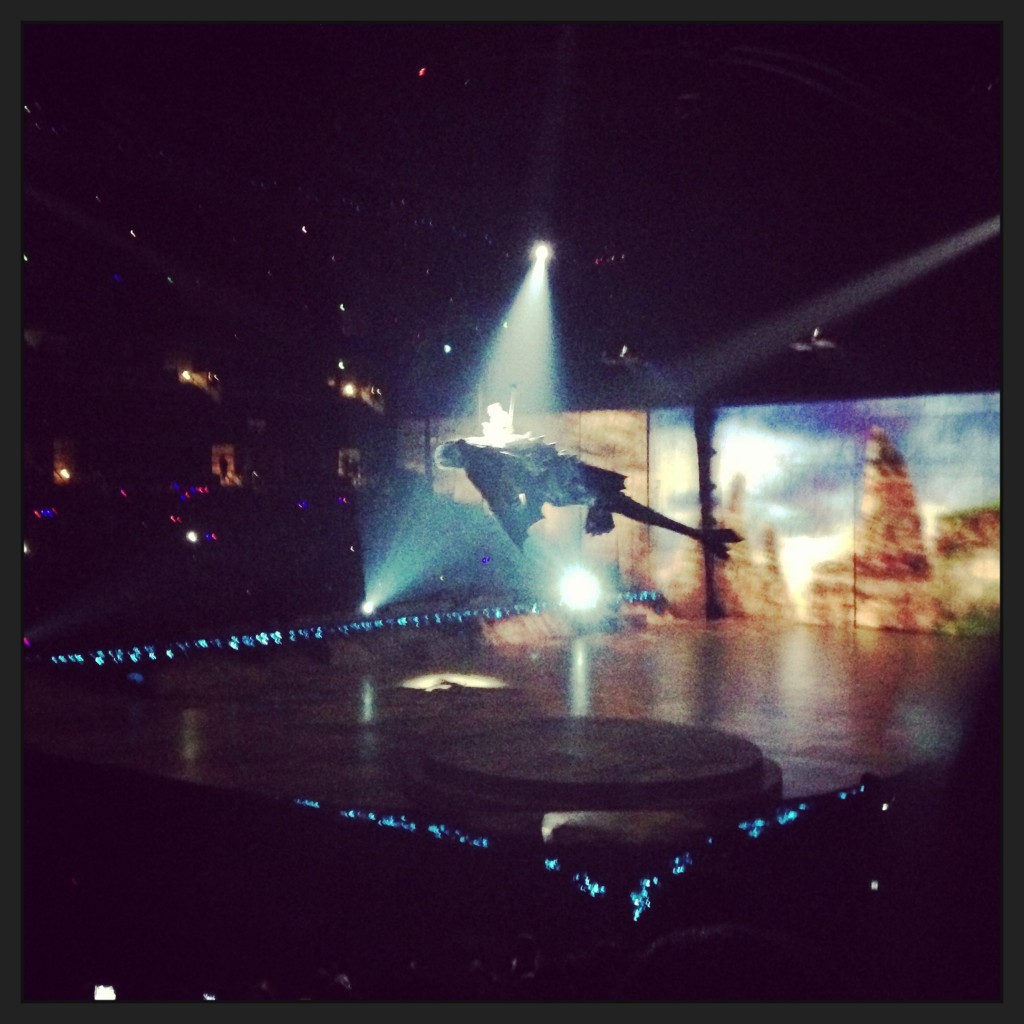 The kiddos went nuts, when the dragon began to fly!

I just got home after watching one of the most amazing performances in an Arena. Tonight was opening night at the Honda Center for the “How to Train Your Dragon” Live Spectacular and what a show it was! My son and daughter had watched the movie, but were not really sure what was in store for them. Well let’s just say they were oohing and aahing from the very first scene. Thank goodness we were in the back row in our section, just beneath the boxes, because my son refused to sit down. He was “training, fighting, and taming” the dragons along with the performers. 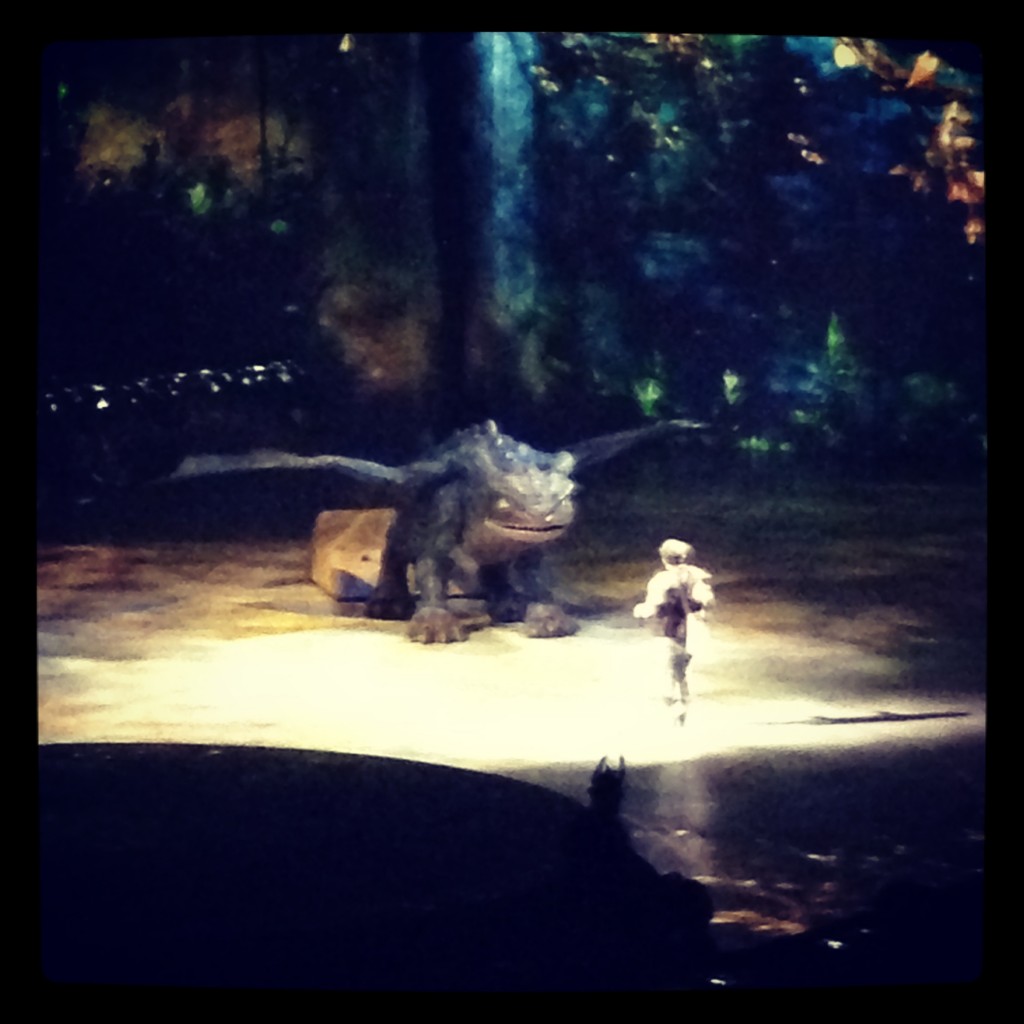 The dragons were so lifelike that I had to convince the kiddos it was just a show!

You know how sometimes you take the kiddos to a show,and they wind up asking, is it almost over Mom? or how many more minutes? It isn’t going to happen here. The show went by in a flash and the kiddos were enthralled the entire time. I like to think of it as the Princess show equivalent, for boys! It was really amazing. The special effects were out of this world and I honestly had a great time watching.

The show will play until Sunday, the 20th at the Honda Center of Anaheim. Tickets are still available. You can purchase tickets at the box office or by clicking here.

I can’t really do the show justice in a post. It is THAT good! I wish I could have captured my son’s face and reactions as he watched the show. I feel like there are some events for girls, but not as much for the boys. This one is definitely one that the boys will LOVE! It’s great for girls too, but really really amazing for the boys. If you have been thinking of catching the show, I would definitely buy some tickets and take the kiddos. They will have a blast! I promise!

Disclosure: This is not a compensated post. Media tickets were provided to aid in the review.