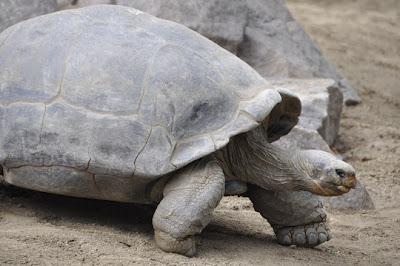 Today’s post about the San Diego Zoo’s new Tortoise Exhibit, comes from the very talented Caryn, who blogs at Rockinmama.net

When my son was about a year and a half, we visited the San Diego Zoo with him for the first time. We only covered about half of the zoo at the time because it’s huge! At 100 acres, it’s one of the largest zoos in the world and home to 4,000 rare and endangered animals which represent more than 800 species and subspecies. 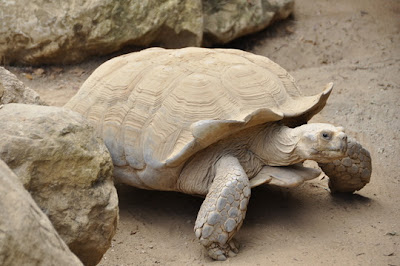 Last week, we had the privilege of attending the grand re-opening of the Fetter Family Galapagos Tortoise Exhibit. Apart from the Ecuadorian Islands, the Zoo has one of the largest colonies of Galapagos tortoises in the world. And now, they have a brand new living space, thanks to San Diego Trustee Emeritus Tom Fetter, and 1,700 donors. You may not know that the zoo has been home to 17 Galapagos tortoises since 1928, which means many of them are over 100 years old. 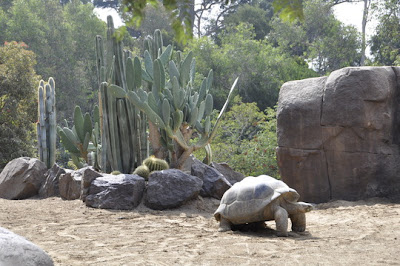 With a bigger living space, enhanced landscaping, three new pools and state of the art amenities, these tortoises will be living the next several years of their life in luxury. Located in Reptile Mesa, visitors can pet and feed the tortoises at certain times of the day.

While we were visiting, we learned a few fun facts about tortoises:
They can live to be 100 years or more, with the oldest living to be 171 years old.
Their favorite foods include flowers, leaves, grass, and carrots
They can go without eating or drinking for up to a year. You know those shells? They actually serve a purpose and can store food and water. 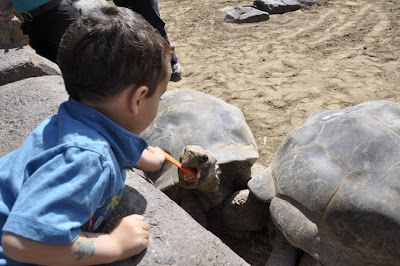 The San Diego Zoo is dedicated to the conservation of endangered species and their habitats and participates in research and education around the globe.

No compensation was received for this post. I was invited to attend a media preview at the zoo.