In honor of all the #WBW #TBT and #FBF in social media land, I’ve chosen three films that are strong visual and visceral depictions of their era and full of laughs to boot!  All of these movies are streaming on Netflix and can been found by clicking on the title hyperlinks. I am sure you probably have some of your own retro-favorites.

The Bad News Bears, unlike a lot of movies I loved as a kid, actually has withstood the test of time — it is hilarious.  The remake is also available to stream, but our house recommends the original, complete with bowl haircuts.

John Hughes wrote many classic films in the 80s and 90s. The Breakfast Club, Summer Rental and Home Alone are some other great films. However, only one was inspired by a classic 80s new wave song with a really good story and fantastic 80s haircuts.  I remember Molly Ringwald telling a reporter how she was able to take home all of the clothes that her character made in this movie!

One of the best movies to come out of the 80’s. It’s an awesome comedy with Aykroyd and Candy at the helm. The chemistry of the cast couldn’t be better. John Candy made a few buddy movies during his career, but this is the only buddy/family comedy he made.  Who can’t related to crazy vacations with other families and the wonderful memories made? This film encapsulates that experience well. 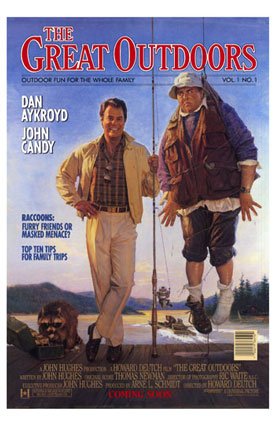 What are some of your flash back films from decades past?