Disclaimer: This is a compensated campaign. However, all opinions are my very own and I LOVE Jurassic World.

If you purchase the Blu-Ray DVD it comes with Bonus Features which include :

We received our copy and can’t wait to make it a movie night tonight with popcorn and some goodies. We loved the movie as a family and are excited about having it in our movie collection. It’s one that will be watched over and over again.

Giveaway time! One lucky reader will receive their very own copy. All you have to do is leave a comment letting me know who you will watch the movie with. That’s it! Giveaway ends on 1o/30 at 11:59pm. Winner will be chosen at random. Good luck! 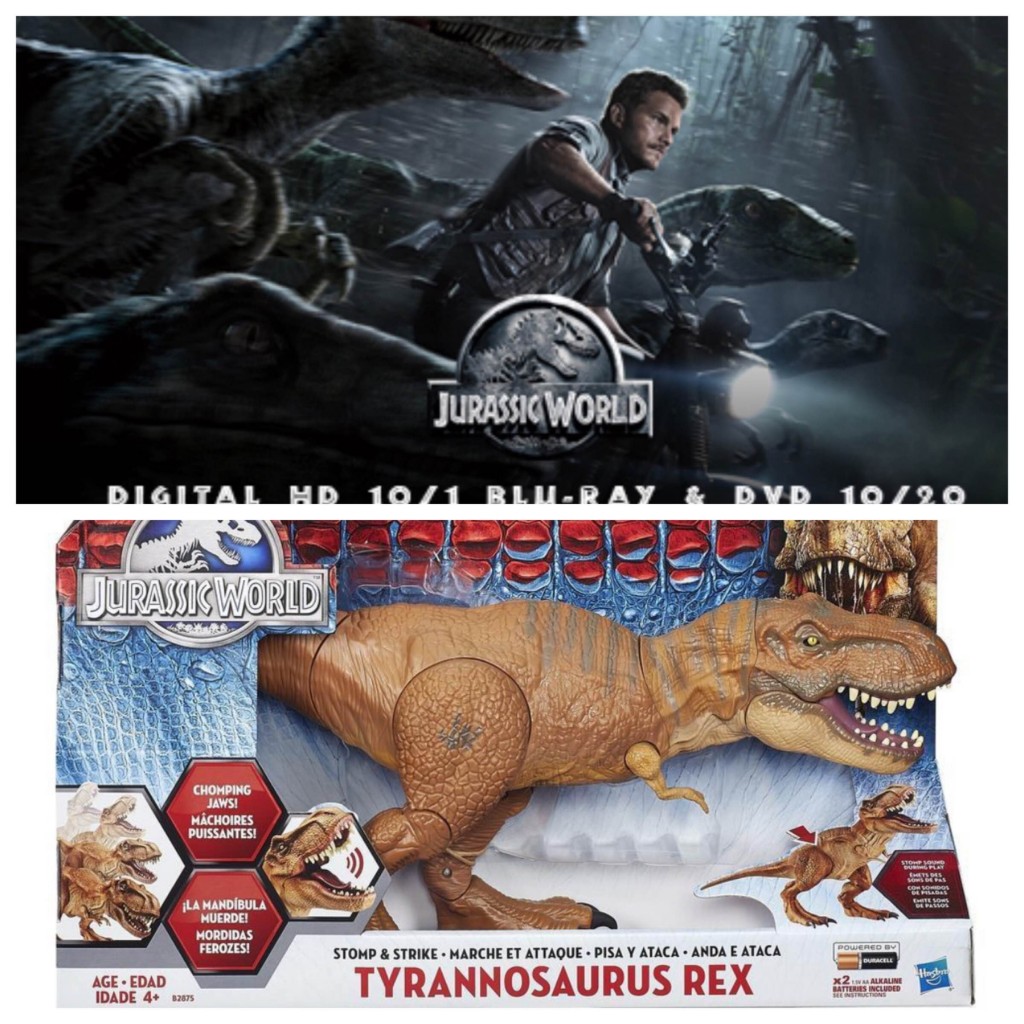 I’ve shared how much I enjoyed the movie Jurassic World. It’s coming to DVD later on 10/20 and is now available on Digital HD Download.

1   Jurassic World Stomp and Strike Tyrannosaurus Rex Figure courtesy of Hasbro . This awesome toy geared for ages 4 years & up. The powerful Tyrannosaurus rex stomps onto the JURASSIC WORLD scene! This ULTIMATE TYRANNOSAURUS REX figure features an intimidating stomping action when kids press down on its body. Trust me, your dino lover will love it!

All you have to do is leave a comment letting me know why you need a copy of this movie. That’s it! Winner will be chosen at random. Giveaway ends on October 5th at 11:59pm.

We are counting down the days until next Friday. Not only is it the last day of school, it’s also the opening day for Jurassic World! Jurassic Park was the first movie I watched alone with friends at the movie theater and I can still remember how much I enjoyed every bit of the movie.

Steven Spielberg returns to executive produce the long-awaited next installment of his groundbreaking Jurassic Park series, Jurassic World – The Park opens on June 12. You can watch at a theater near you in RealD 3D, and IMAX 3D.  You can get the tickets to #JurassicWorld here.

To celebrate the release we’re giving away a #JurassicWorld prize pack, which includes

Clever as ever, the Jurassic World raptors are masterful hunters on the lookout for prey. The assortment features three of the most popular raptors from the Jurassic World movie, Charlie, Delta, and Echo.  The figures each span approximately 12 inches long with articulated arms, legs, and tails.  Each sold separately. Available at most major toy retailers nationwide and on HasbroToyShop.com.

Written by two noted paleontologists and illustrated in big bold colors, the Jurassic World Dinosaur Field Guide is a kid-friendly nonfiction guide that uses simple text to describe over 100 dinosaurs. Kids will learn tons of awesome facts about the most well-known dinosaurs and some of the newest discoveries.

To enter, leave a comment letting me know who you would give or share this prize pack with. That’s it! Giveaway ends on June 9th at 11:59pm. Winner will be selected at random. Good luck!

Disclosure: This is not a compensated posts. Prizes were provided for review purposes, however all opinions are my own.